As the last auction house in New York City to maintain a November American art sale, Bonhams held a sale on November 17, the week before Thanksgiving, that attracted dealers and collectors to its Madison Avenue headquarters. The 80-lot sale totaled $1,557,975 with a sell-through rate of 78%.

In the past, Sotheby’s and Christie’s also held American art sales in November, but they have chosen to hold their 18th- and 19th-century American art sales during Americana Week in January. Modernism, Impressionism, and illustration art have been woven into the houses’ respective auction calendars. 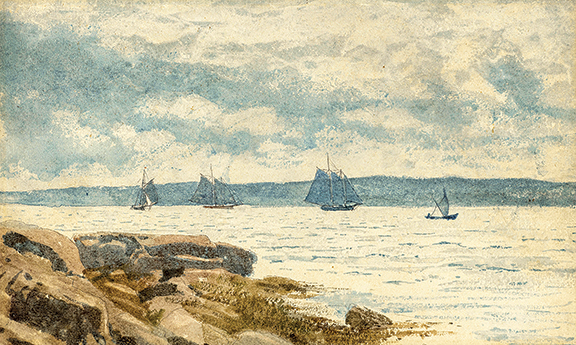 The cover lot of Bonhams’ printed catalog was a fresh-to-market watercolor by Winslow Homer that had descended in the family of the artist and was property from the collection of the White family heirs. Sailboats at Gloucester, executed in 1880, sold to a bidder on the phone with associate specialist Aaron Anderson. The 8 1/8" x 13 9/16" watercolor sold for $239,775 (includes buyer’s premium) with a $250,000/350,000 estimate.

Estimated at $120,000/180,000, this painting by Ernie Barnes (1938-2009), Bojangles, was the highest-selling lot of the sale, selling for $315,375 to a gentleman bidding in the salesroom. Art dealer Debra Force of Debra Force Fine Art, New York City, was the underbidder for the 18" x 24" acrylic on canvas, painted in 1976. It was commissioned from the artist by entertainer Sammy Davis Jr. and has provenance of a Los Angeles private collection and was property from the collection of Gary Norman of Chicago, who acquired it circa 2019. 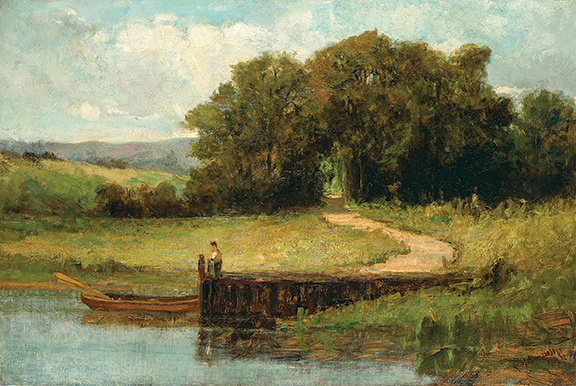 A painting by Edward Bannister, Figure on a Pier at Edge of Lake, one of two lots that were property from the estate of Sherman K. Edmiston Jr., sold to a phone bidder for $48,255. The signed and indistinctly dated oil on canvas, 20¼" x 30¼", had an estimate of $30,000/50,000. Edmiston and his wife, Essie Green-Edmiston, opened their first art gallery, Park Place Gallery, on the ground floor of their house in the Park Slope neighborhood of Brooklyn, New York, in 1979.

The captions and images illustrate the sale. Further information is available at the website (www.bonhams.com). 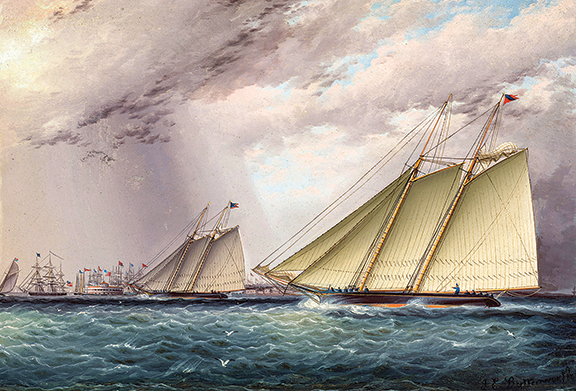 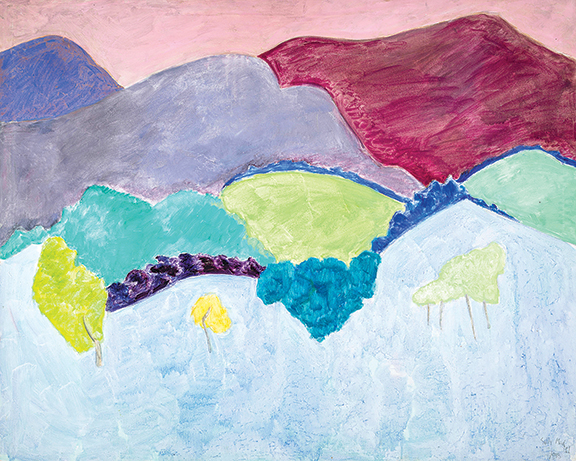 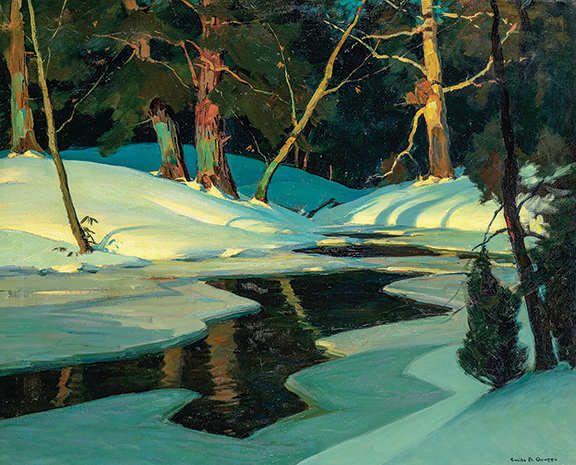 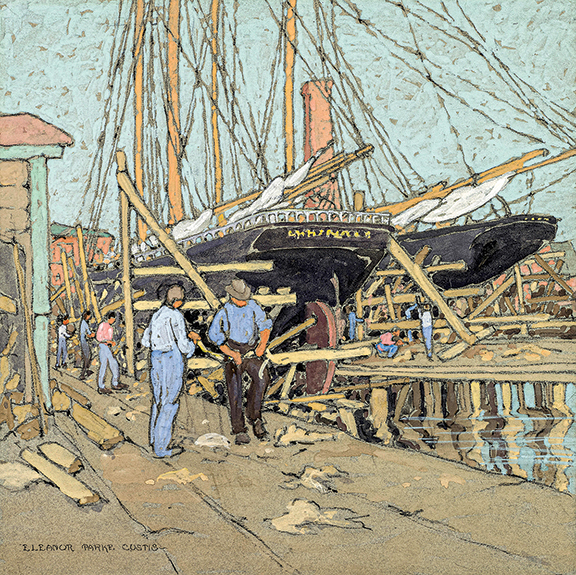 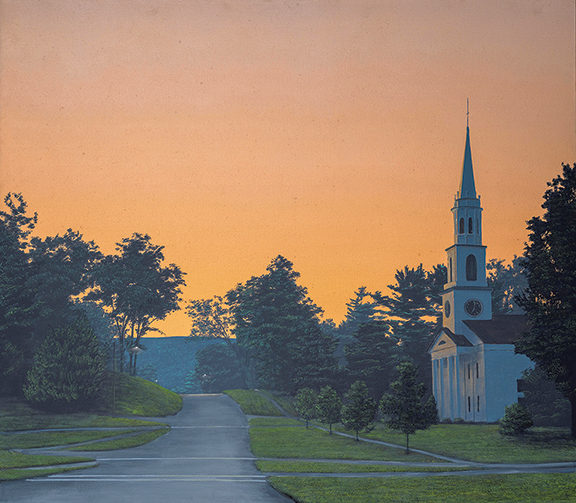